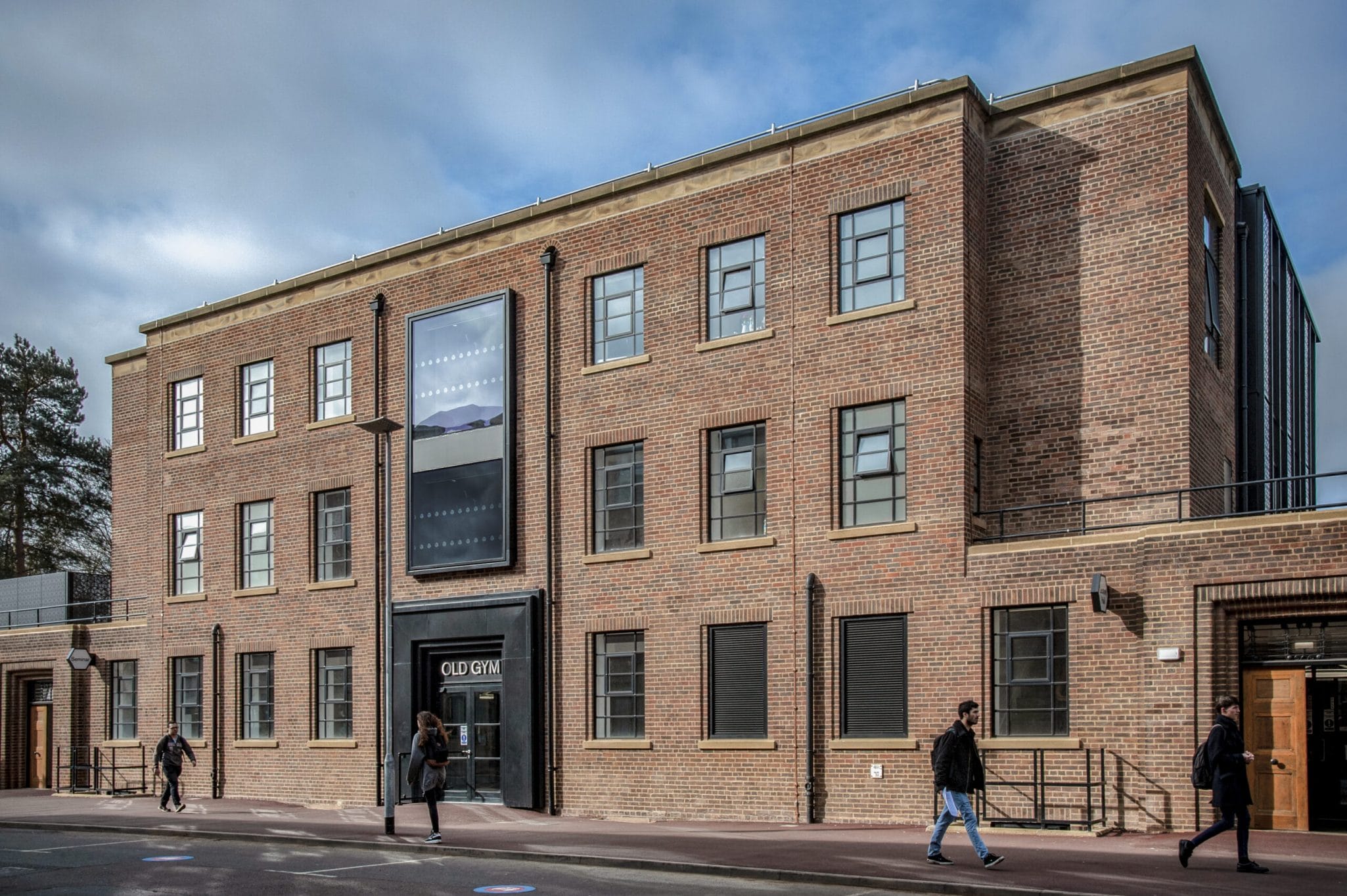 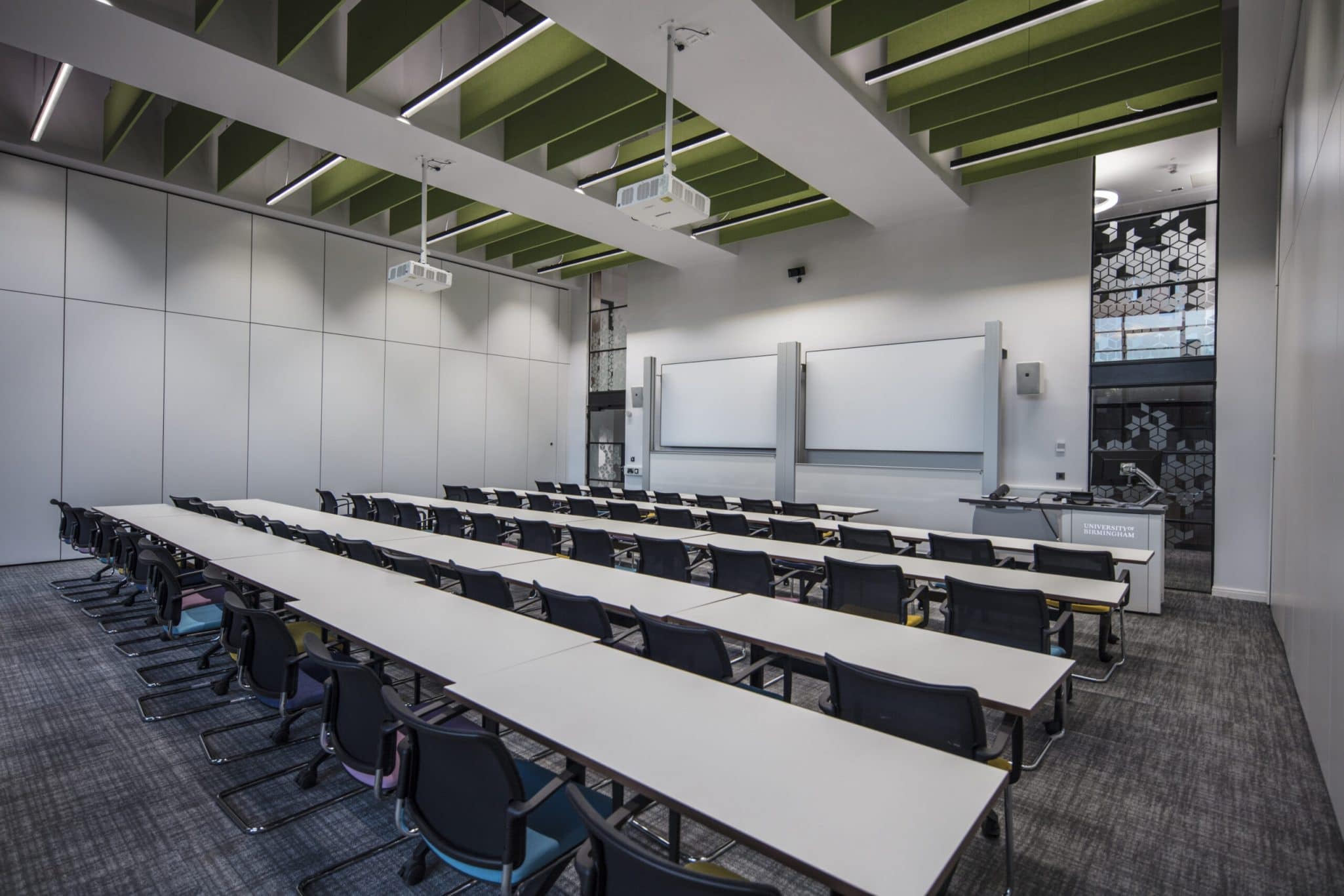 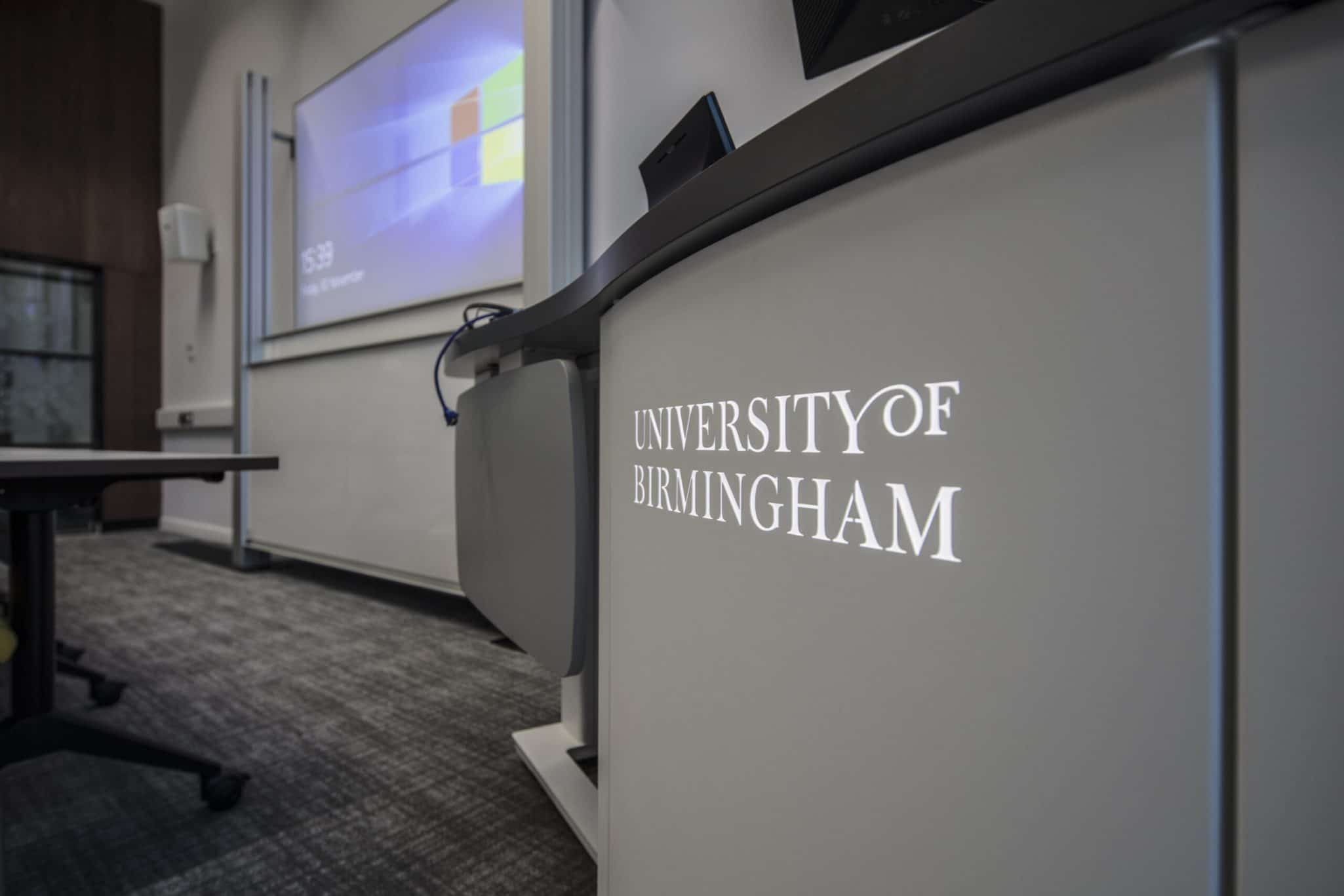 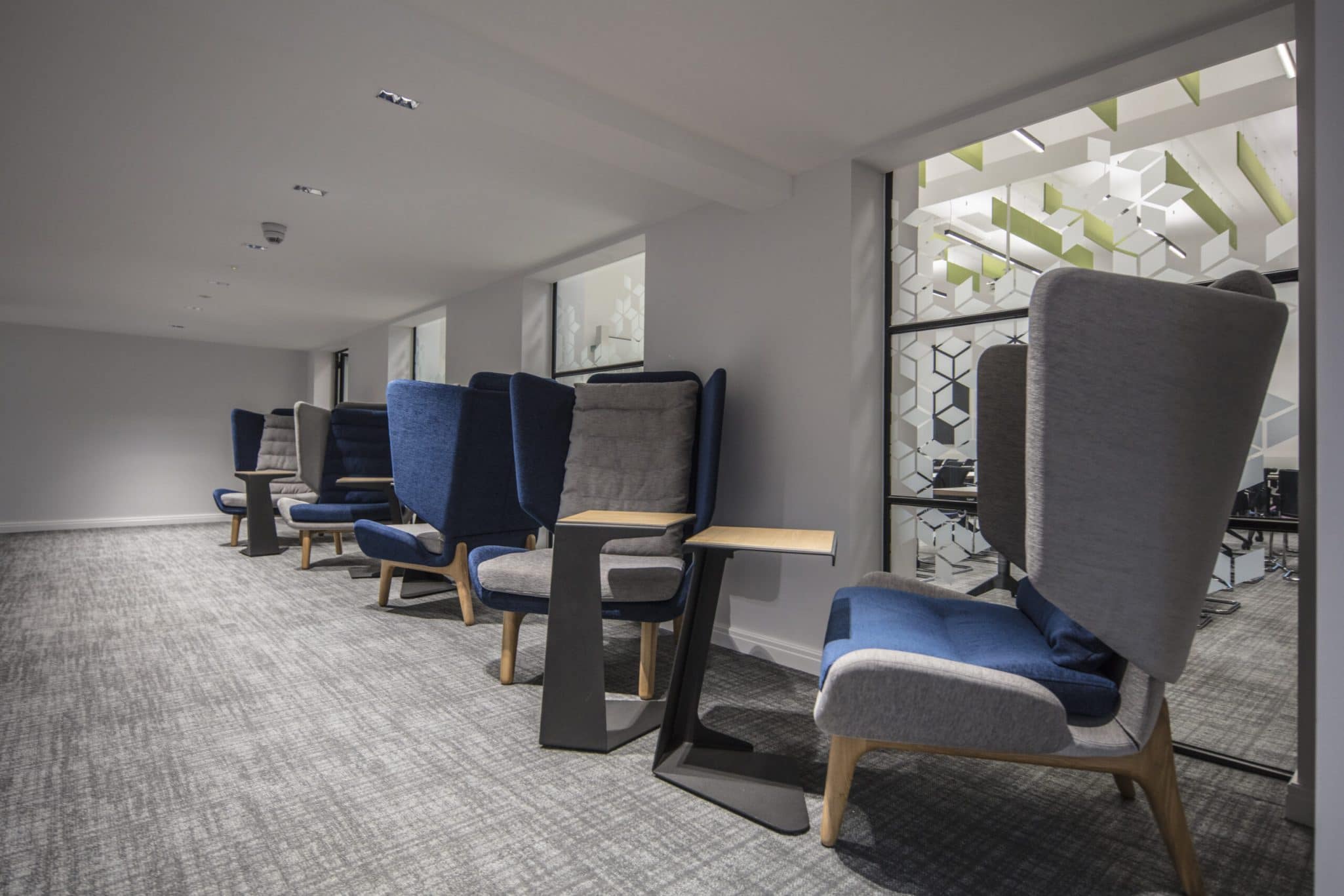 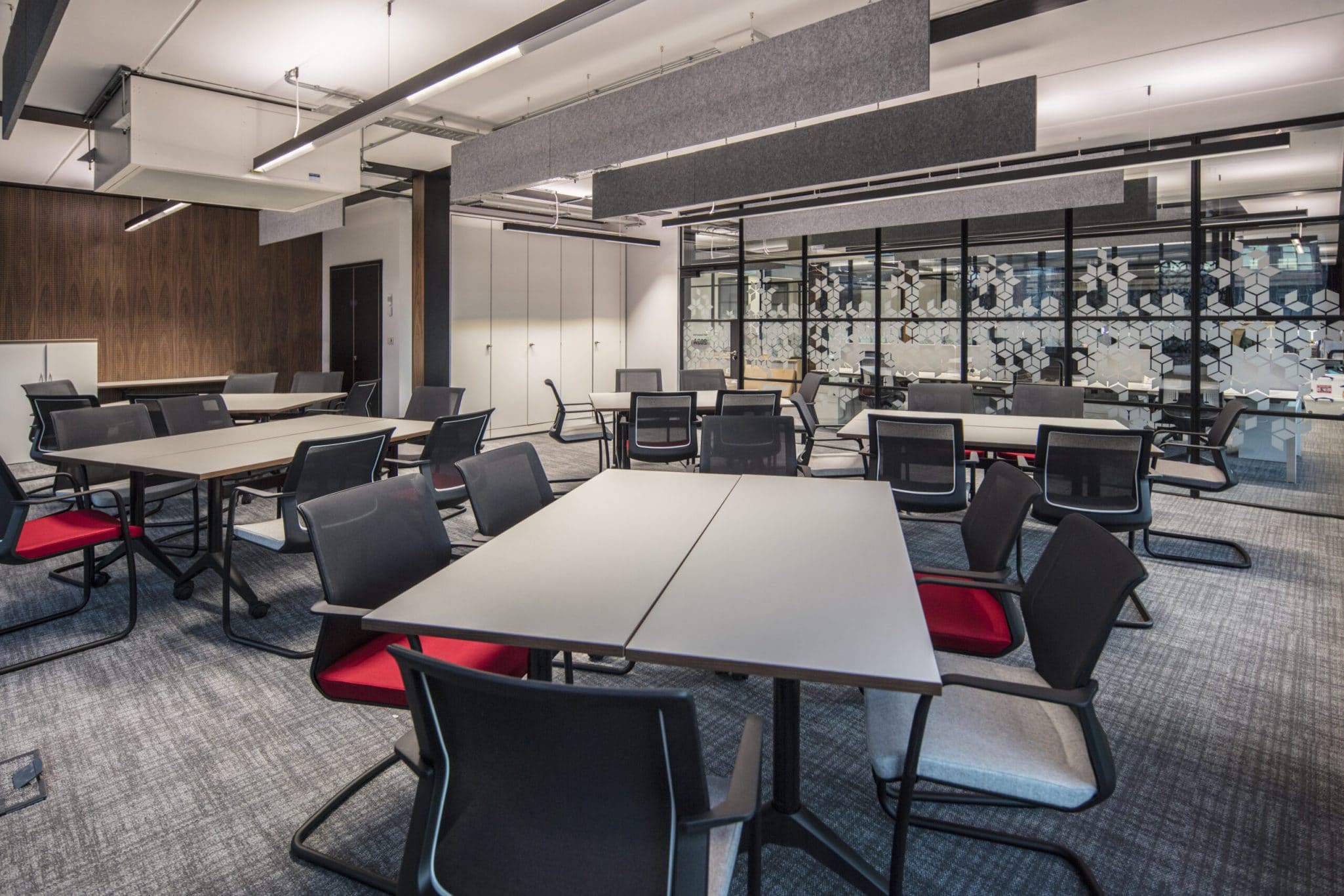 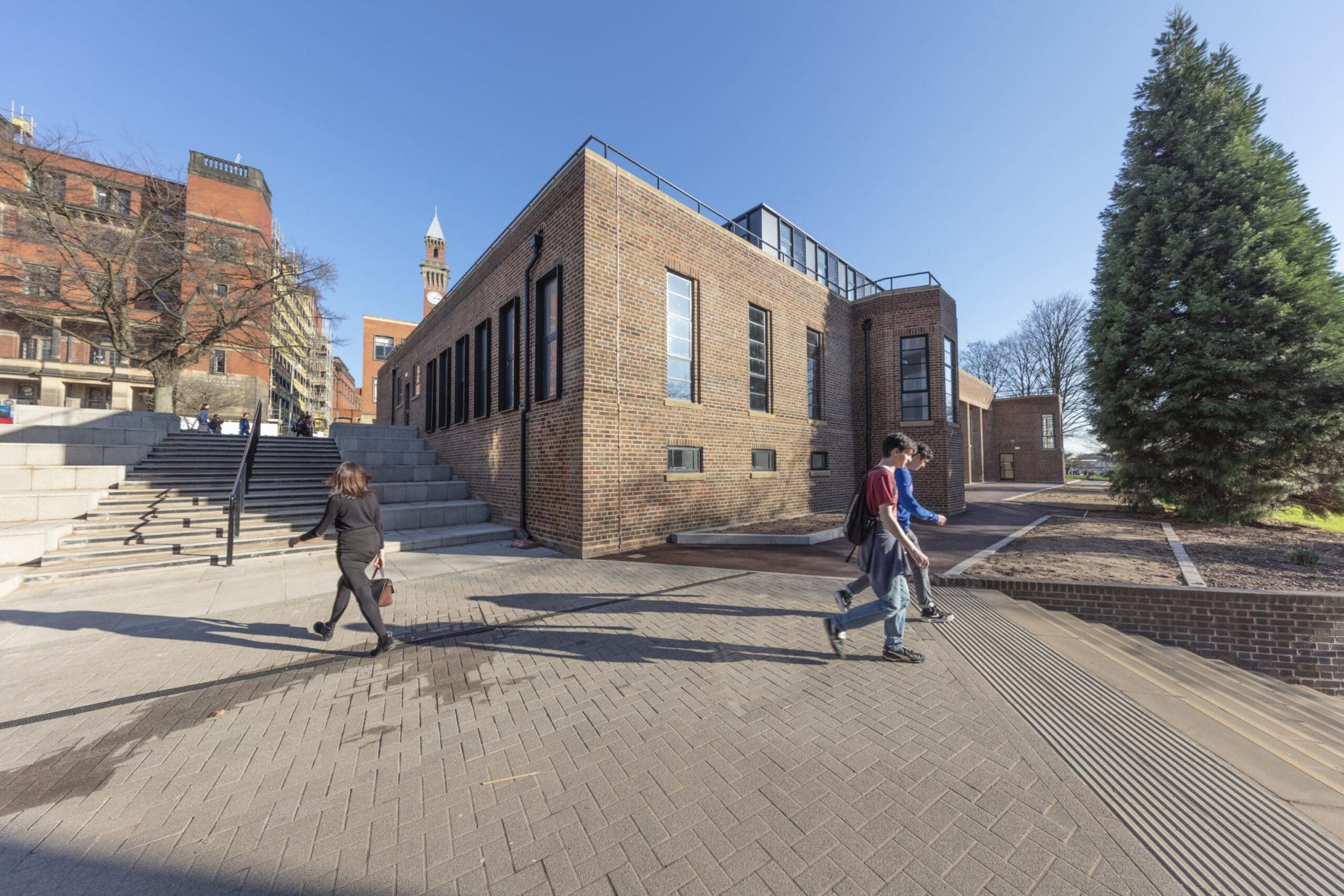 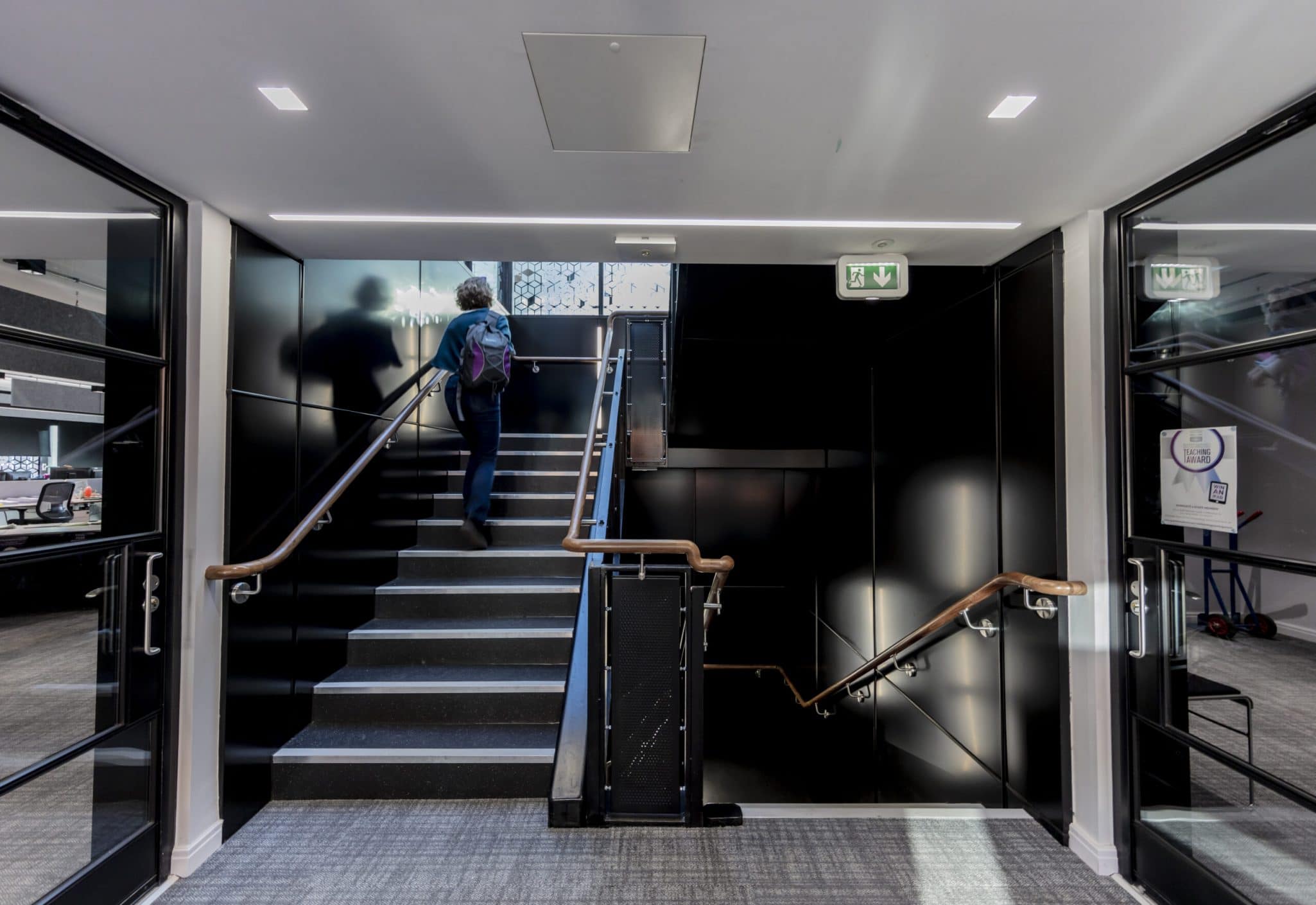 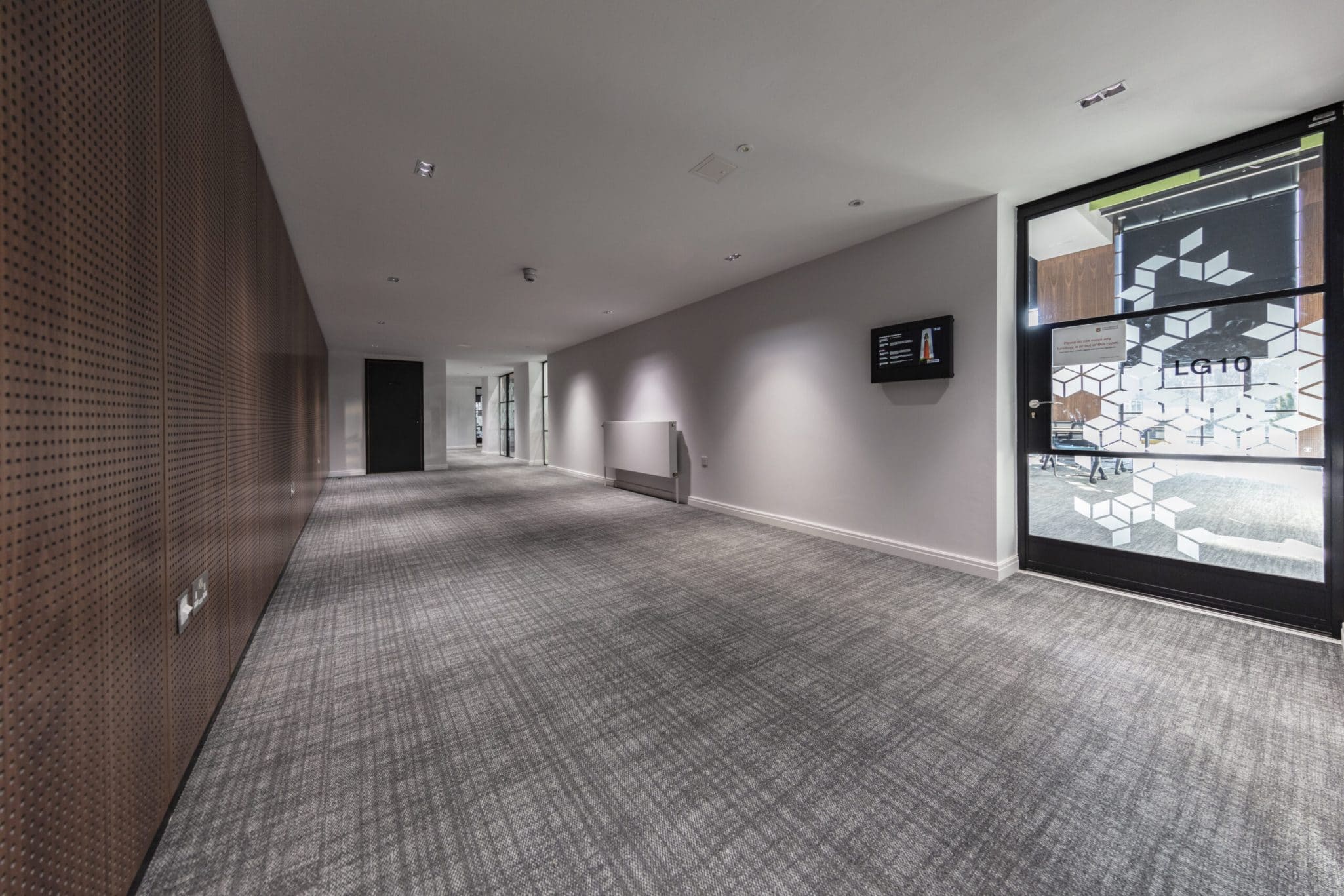 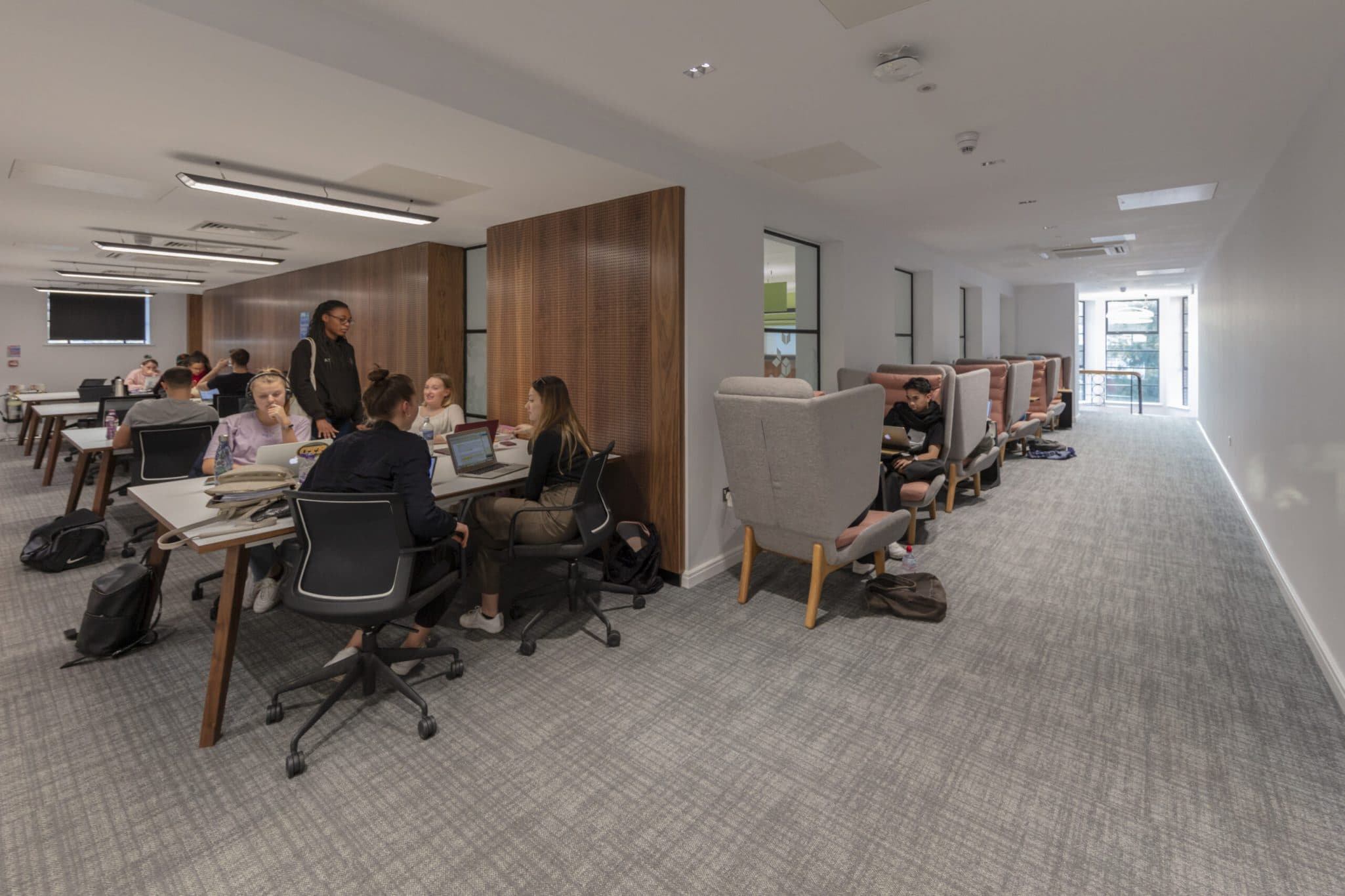 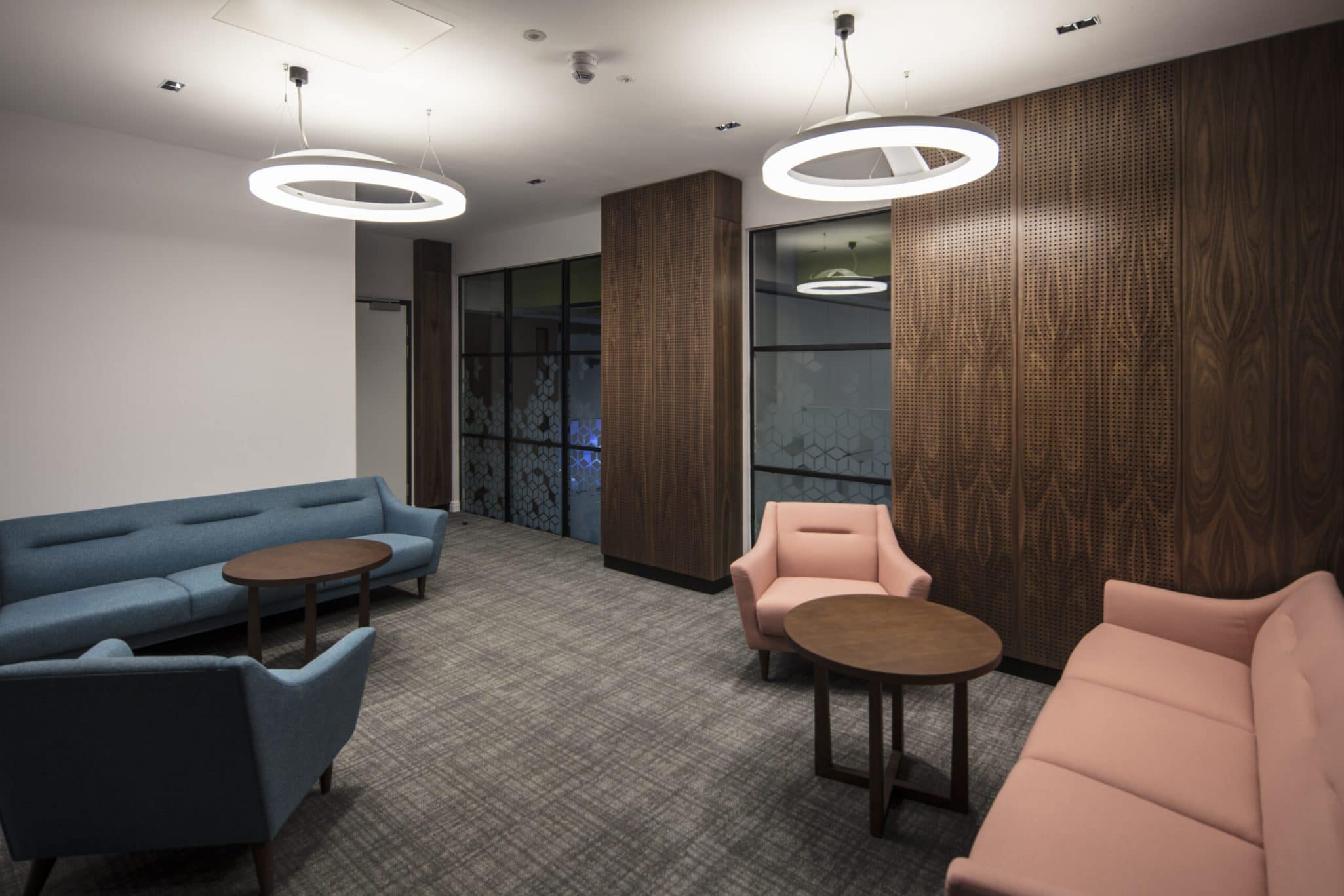 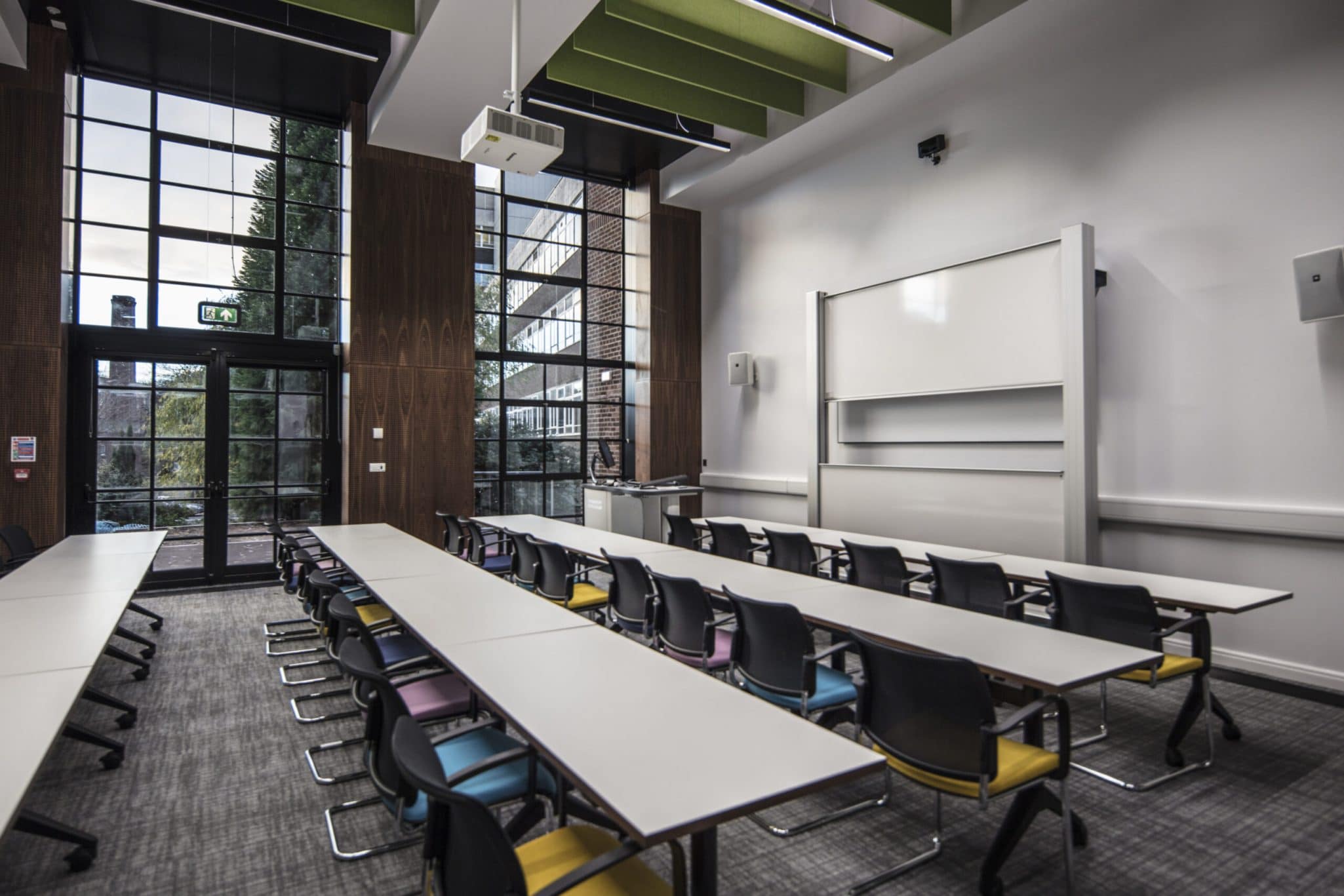 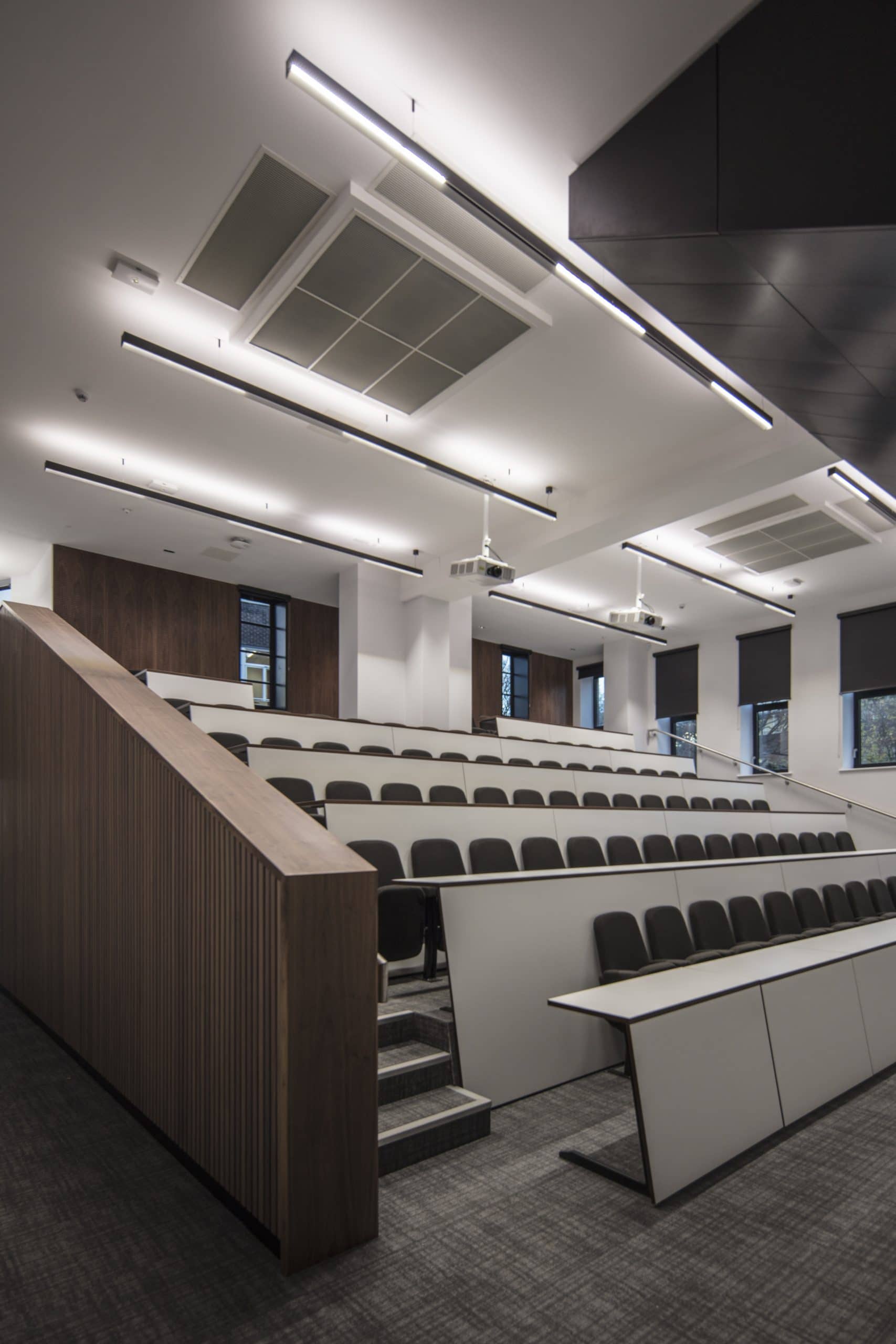 Now complete, the Old Gym has provided 265 student spaces, notably an 81-seater, tiered lecture theatre and 90 open-plan desks across four floors. A two-storey extension on top of the previous gym area has been added to sympathetically enhance the useable space and now holds meeting rooms and consulting pods. The total internal area has been extensively expanded with breakout areas for each of the open-plan office spaces.

The Old Gym celebrates its 80th year since construction as the forefather of its architype, the first of its kind in the UK.

The gymnasium was purpose-built by the University following the Physical Training Act of 1937, promoted by the prime minister Neville Chamberlain as part of a drive to improve public health by integrating physical education into daily life. Due to the outbreak of WWII and the resulting limited supply of construction steelwork, the ‘Old Gym’ had stood incomplete on the upper floors.

Eighty years later and saved from demolition through clever conversion to high quality internal teaching and office accommodation, the building has received a contemporary two storey extension that finished the building as intended by the original architect Peacock & Bewlay.