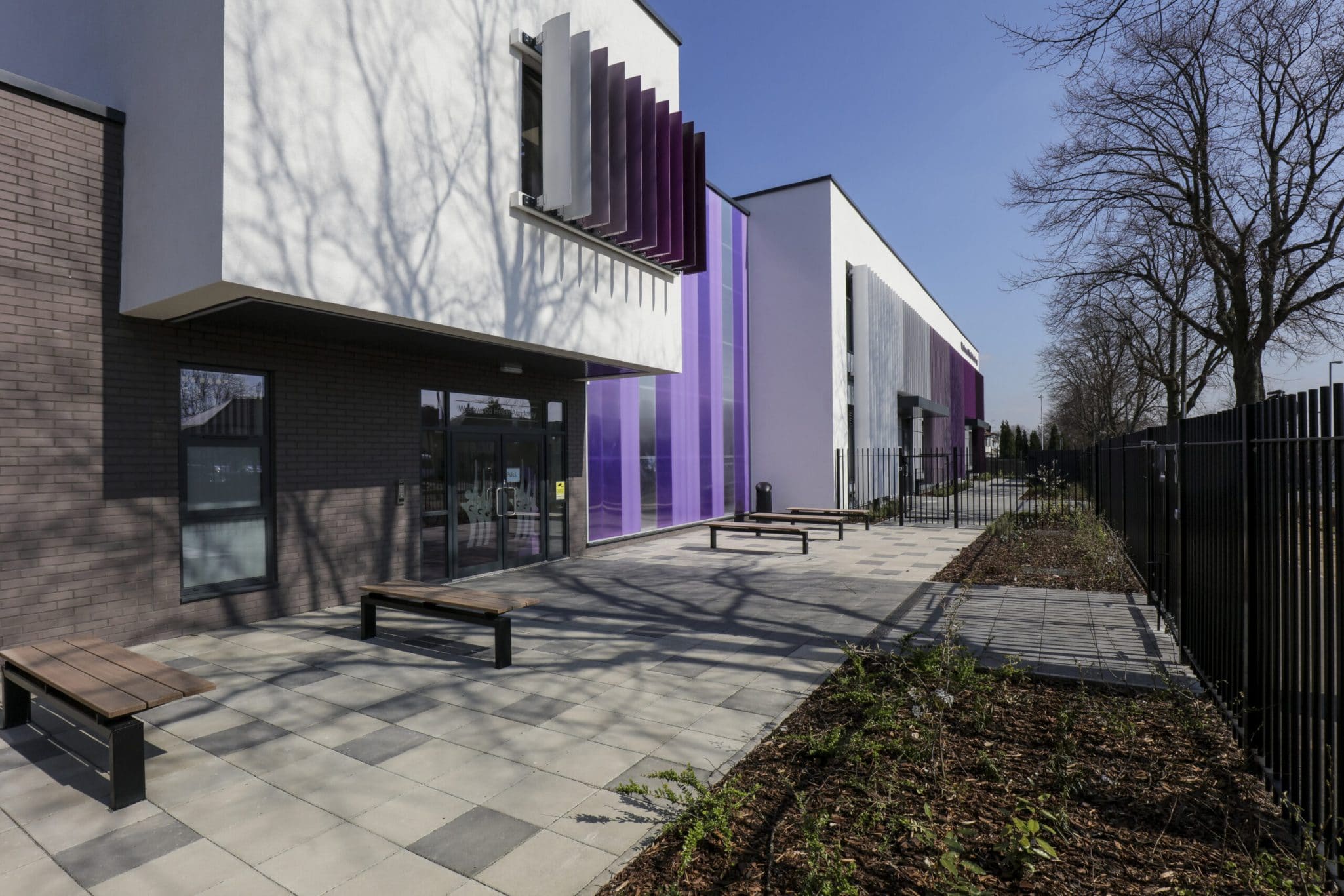 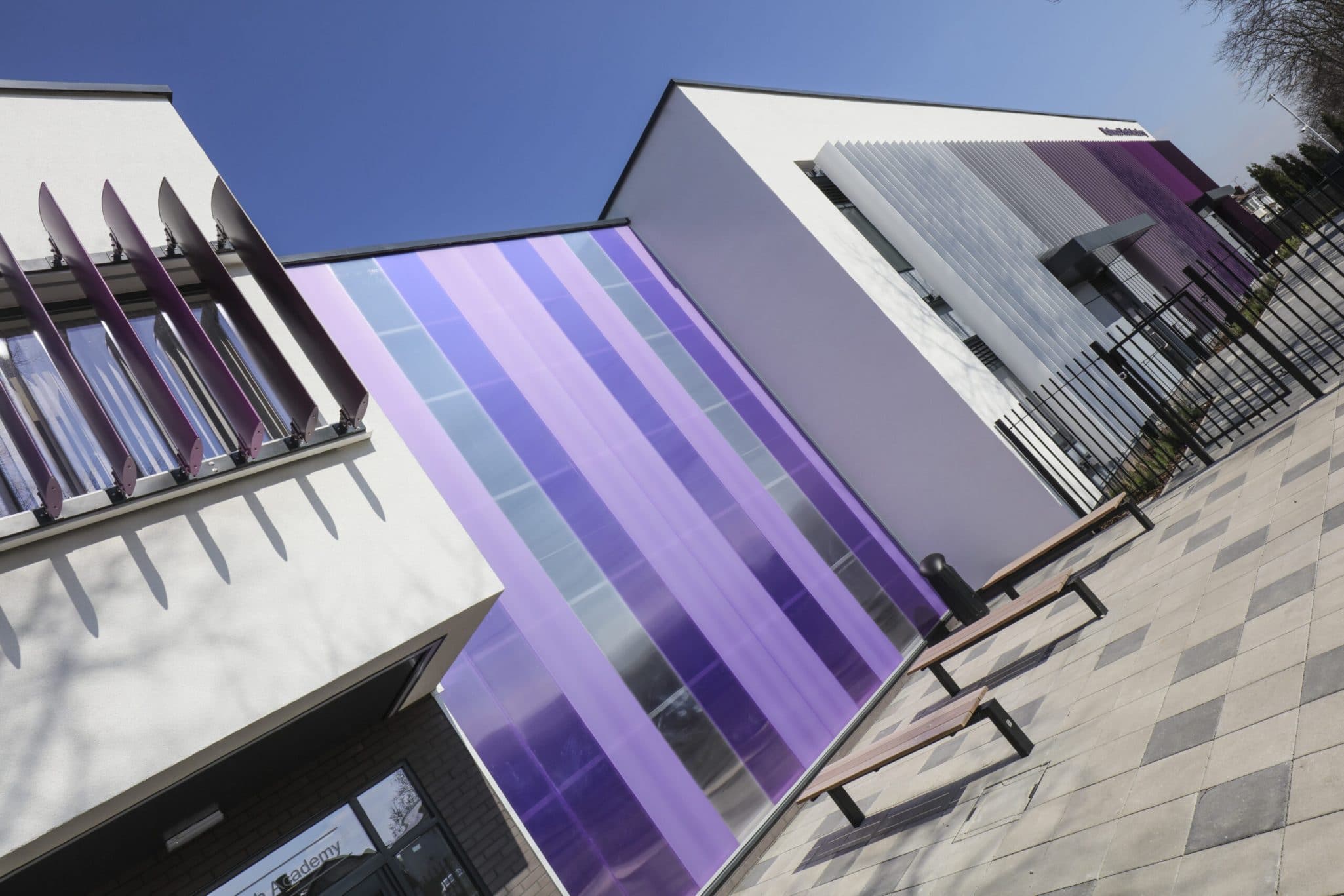 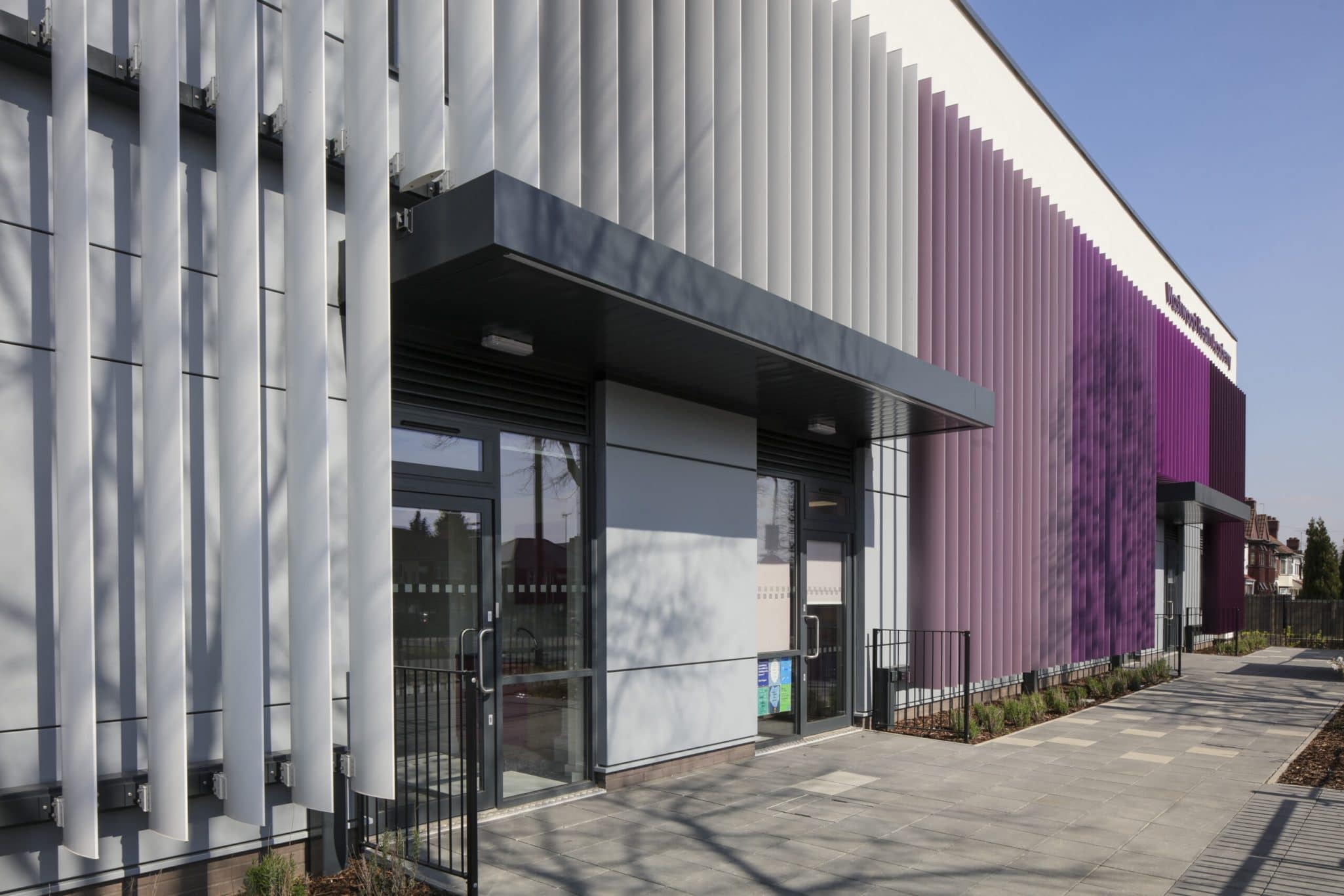 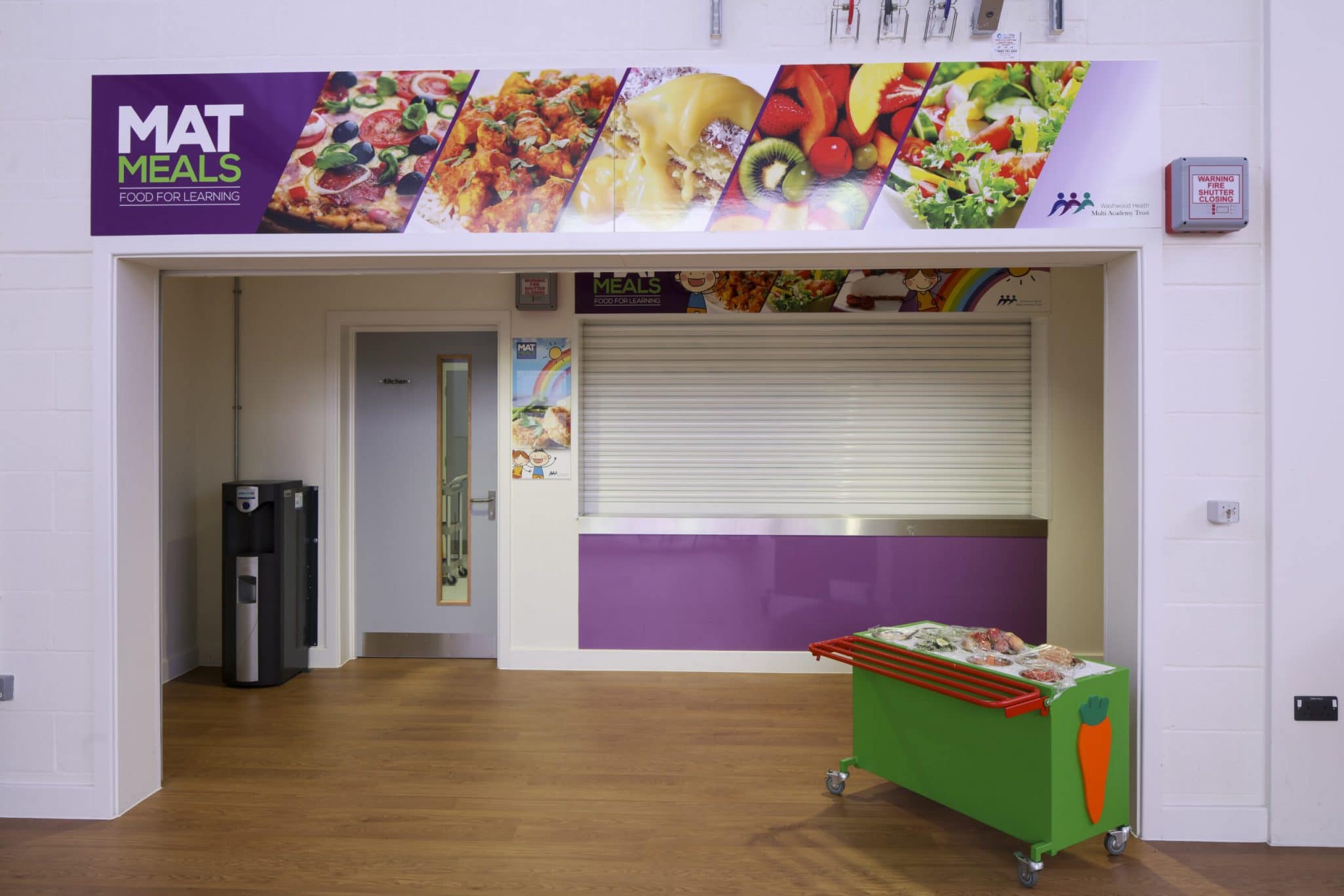 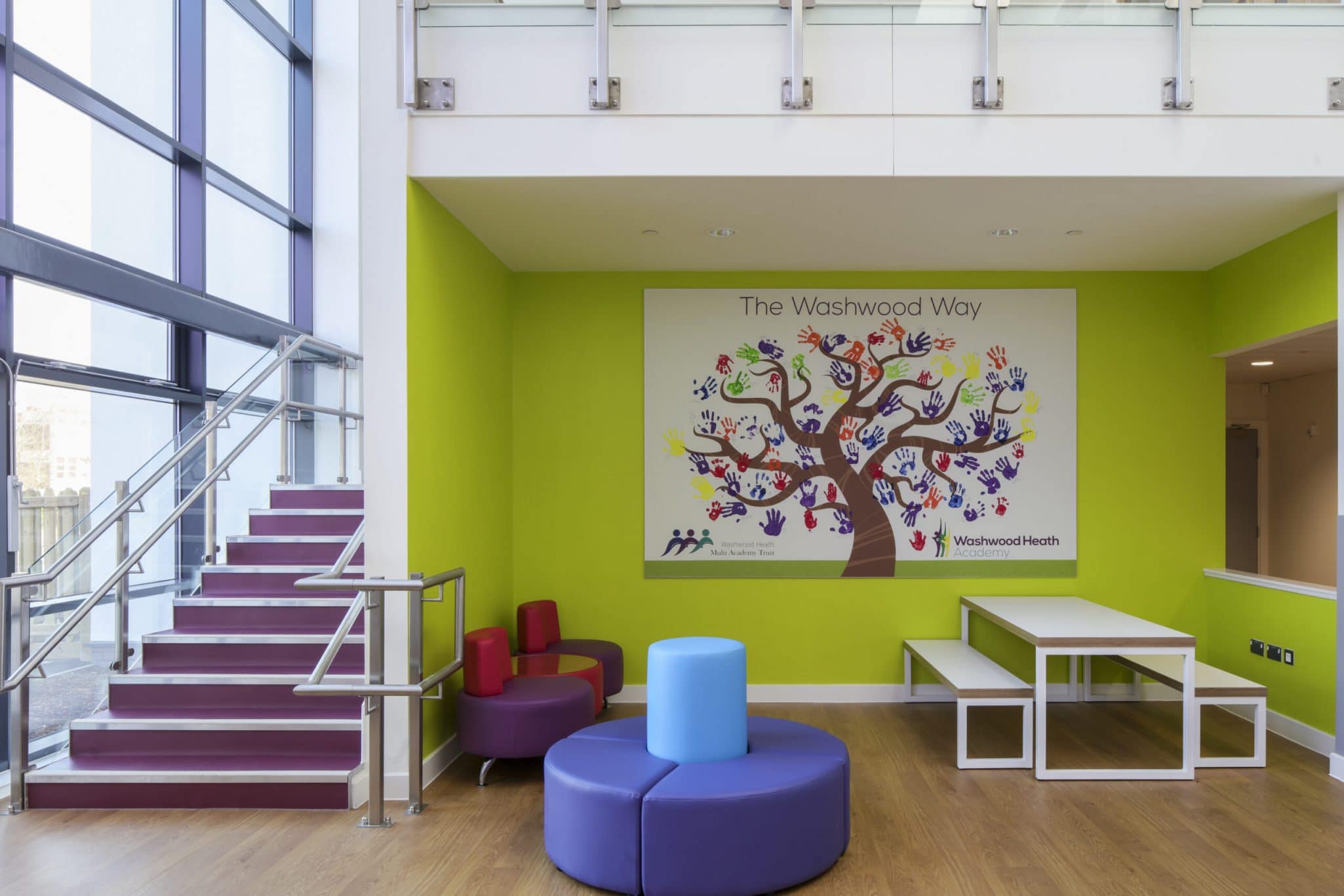 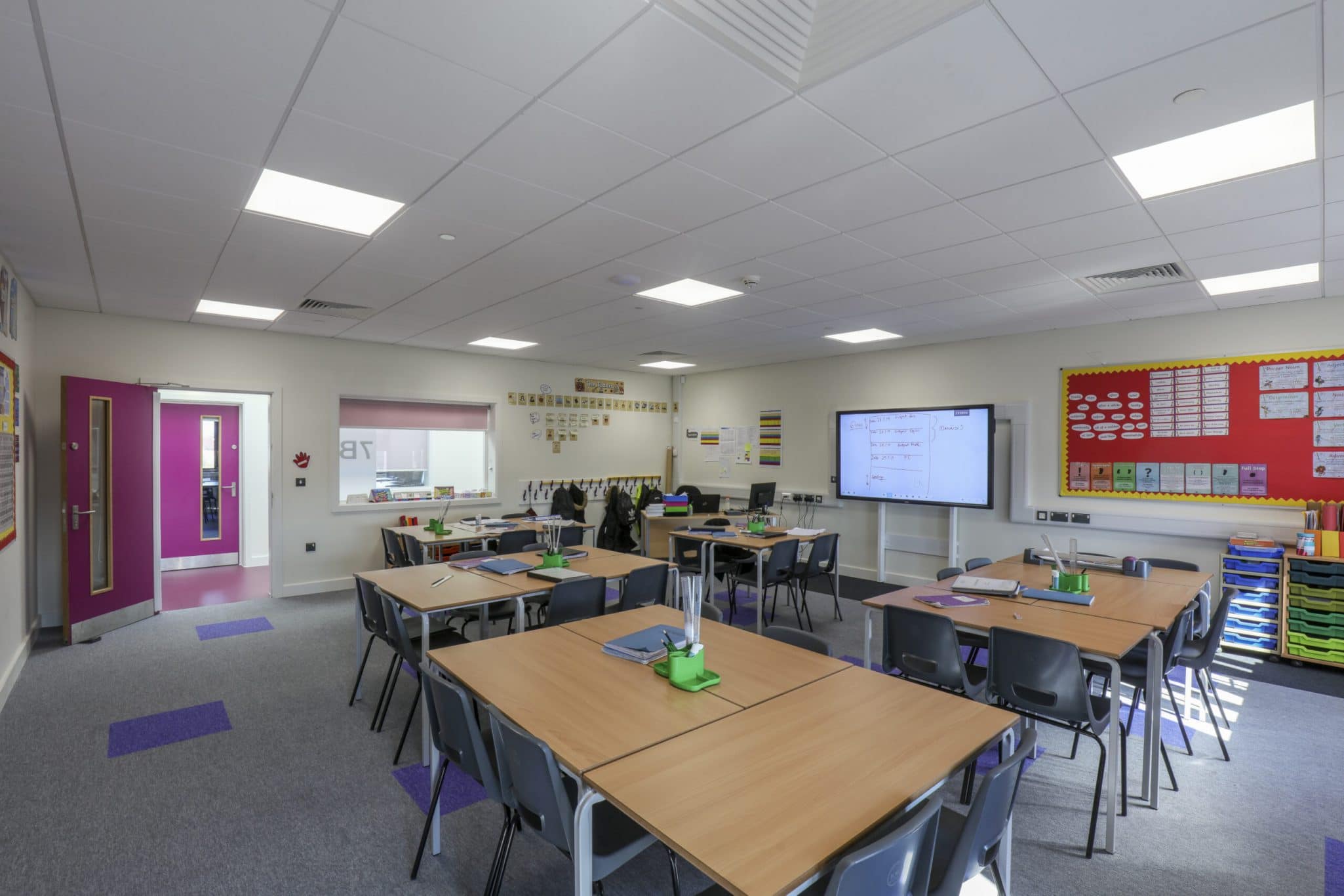 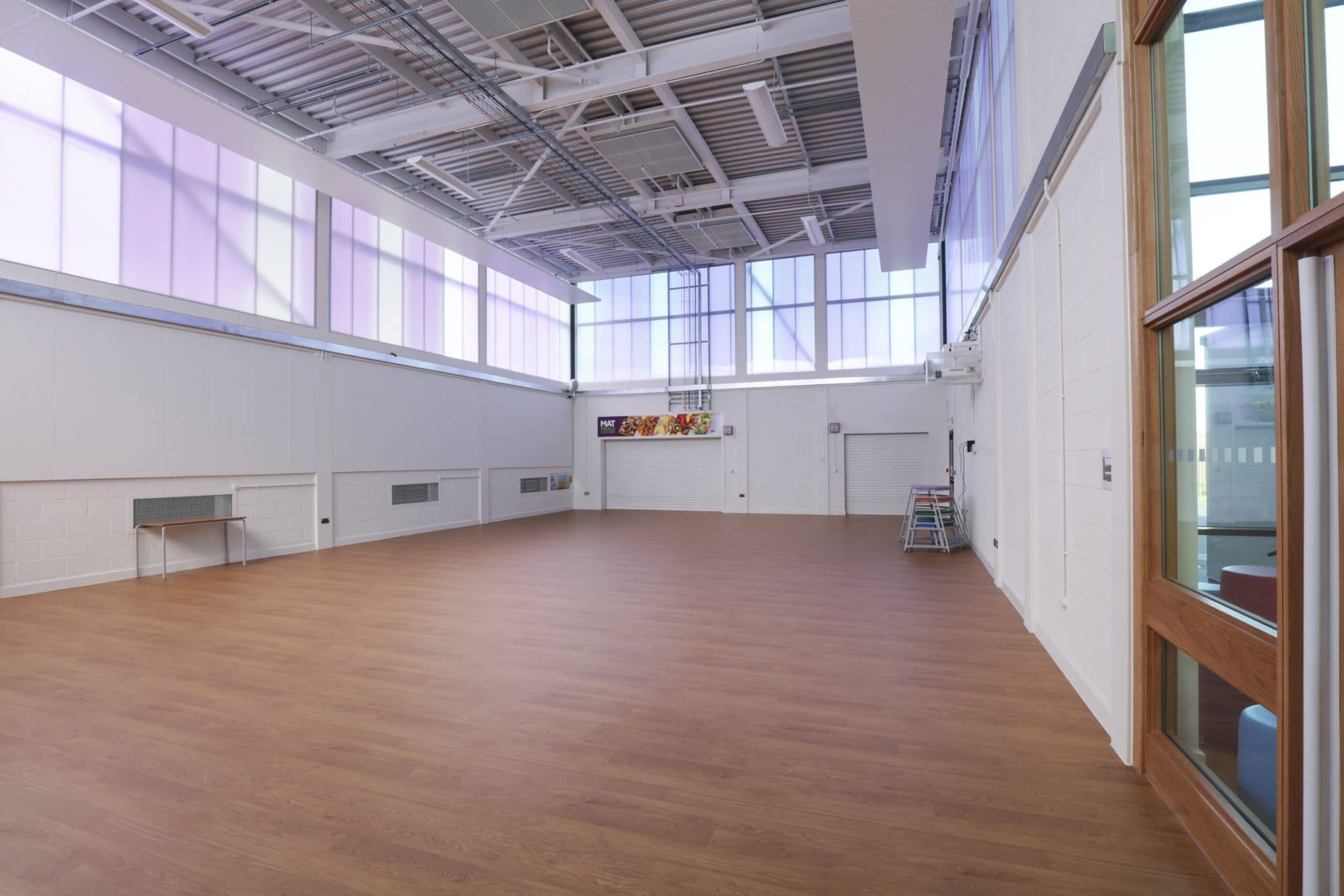 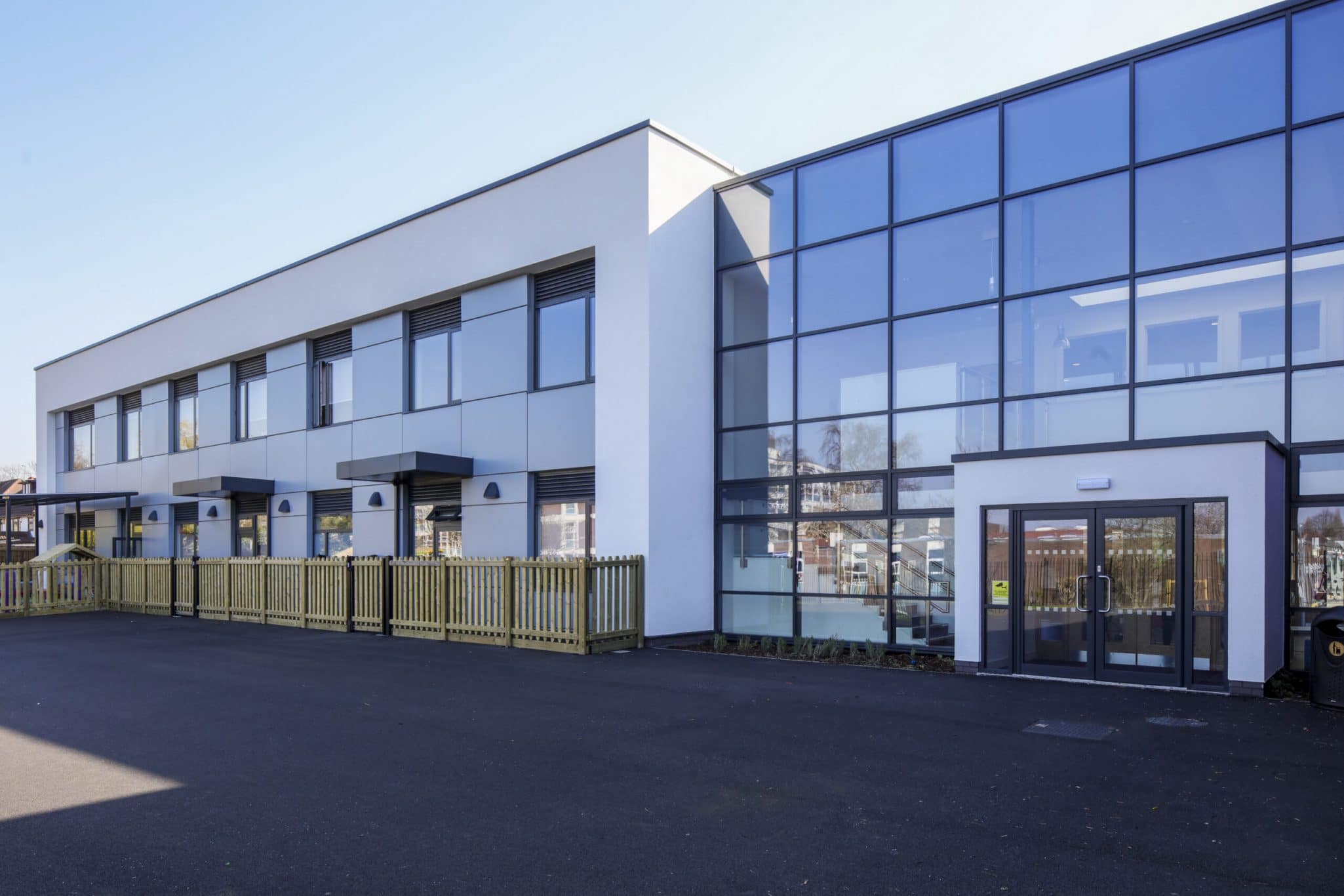 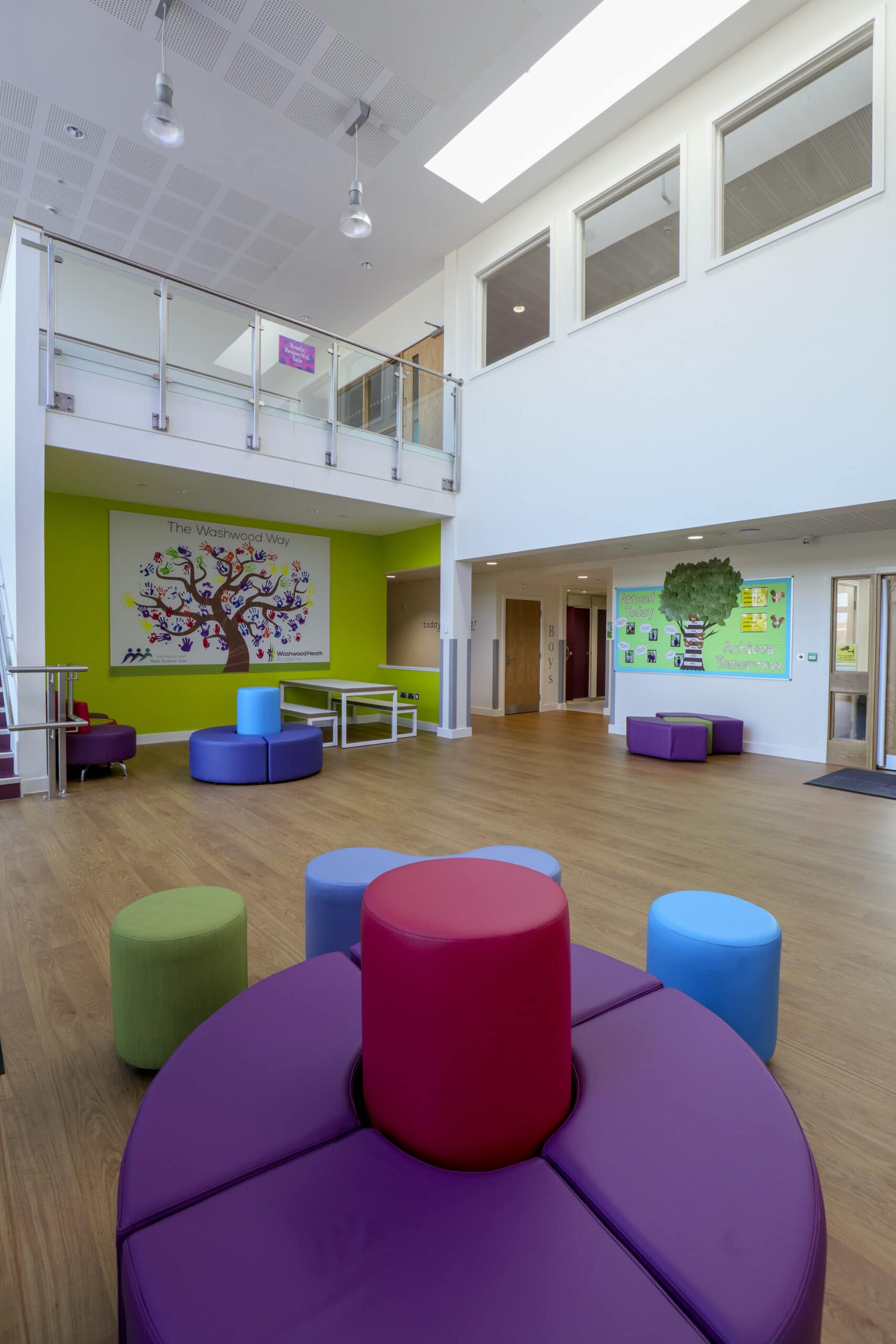 The construction works have been split into two phases:

Phase 1 – Phase one works commenced in February 2018 and comprise of the demolition of existing structures, including the existing vacant caretaker’s two storey house and outbuilding, alongside the removal of existing trees and soft landscaping. The creation of a new wider dual access road will facilitate the future development of phase two.

Phase 2 – The second phase consisted of the creation of a new 180 space staff car park to the east of the site on existing outdoor school fields. The new proposed two storey extension will accommodate a one form entry primary school at ground floor level and an additional seven secondary school classrooms at first floor level to provide 14 new classrooms, complimented with associated playground and landscaping.

We worked closely with the requirements of the academy throughout the design development. The result was a contemporary design which incorporates six varying shades of colour along the length of the brise soleil, from pure white to dark purple – purple being the schools official colour.

The fixed brise soleil provides solar shading from the direct sun to the south facing classrooms. The blades are purposefully positioned to provide optimal shading during teaching hours, with only direct sunlight penetrating during the lunch hour. Aluminium was chosen for the blade material, due to it’s advantages in longevity and robustness. The aerofoil shaped aluminium blades are fixed in a way that also provides a floating appearance in front of the façade. The result is not only functional, but also aesthetically striking. 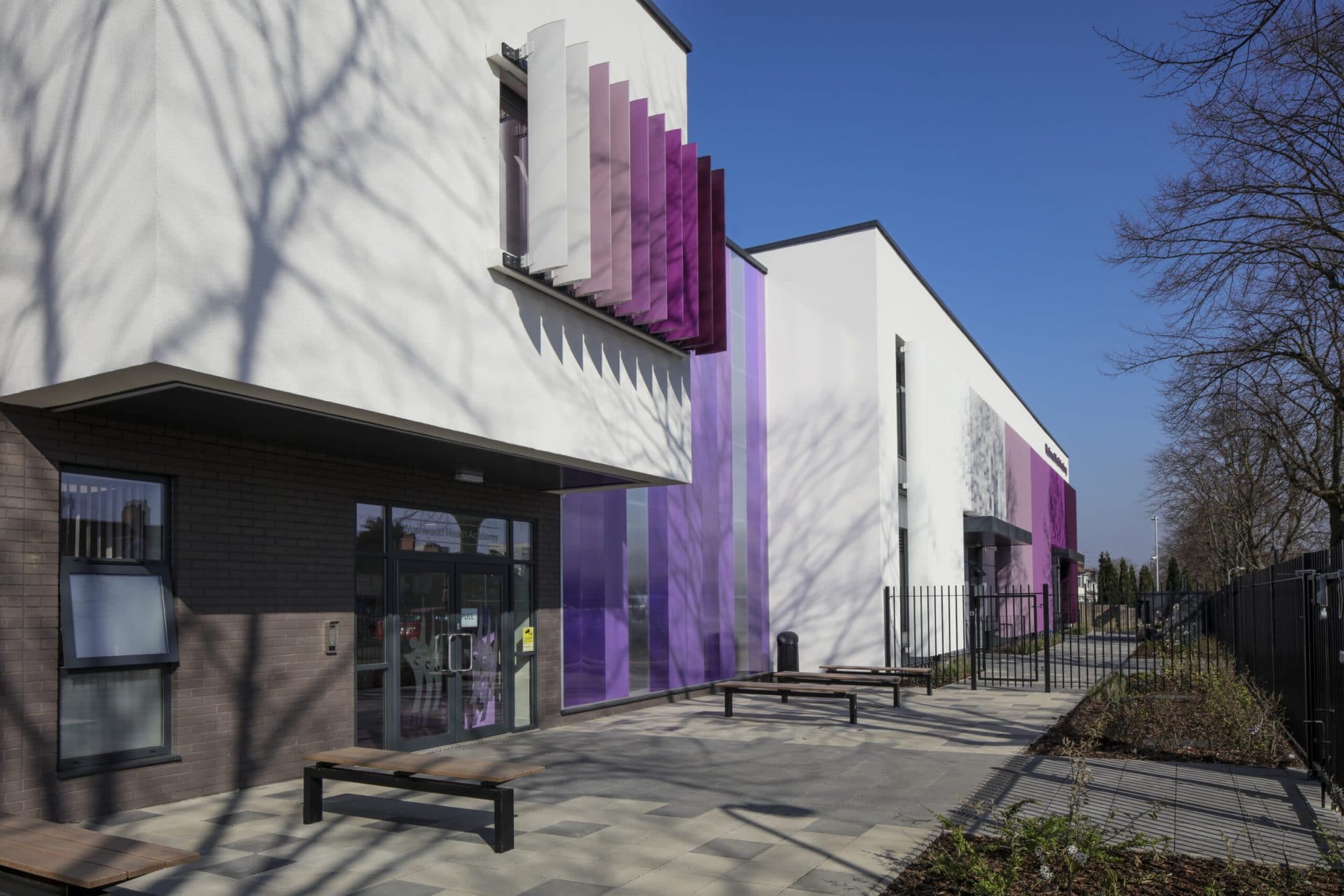 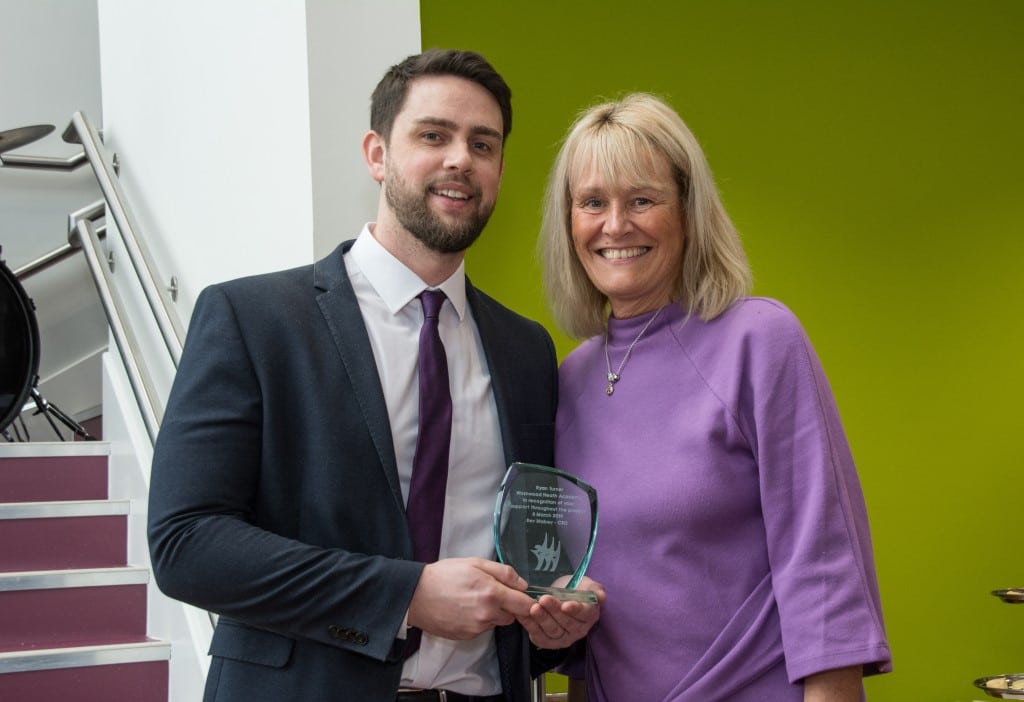 I really enjoyed the project from inception to now. Great team of genuinely nice  people but 100% professional at all times. A big thank you to you especially for supporting us every step of the way to get the best outcome.