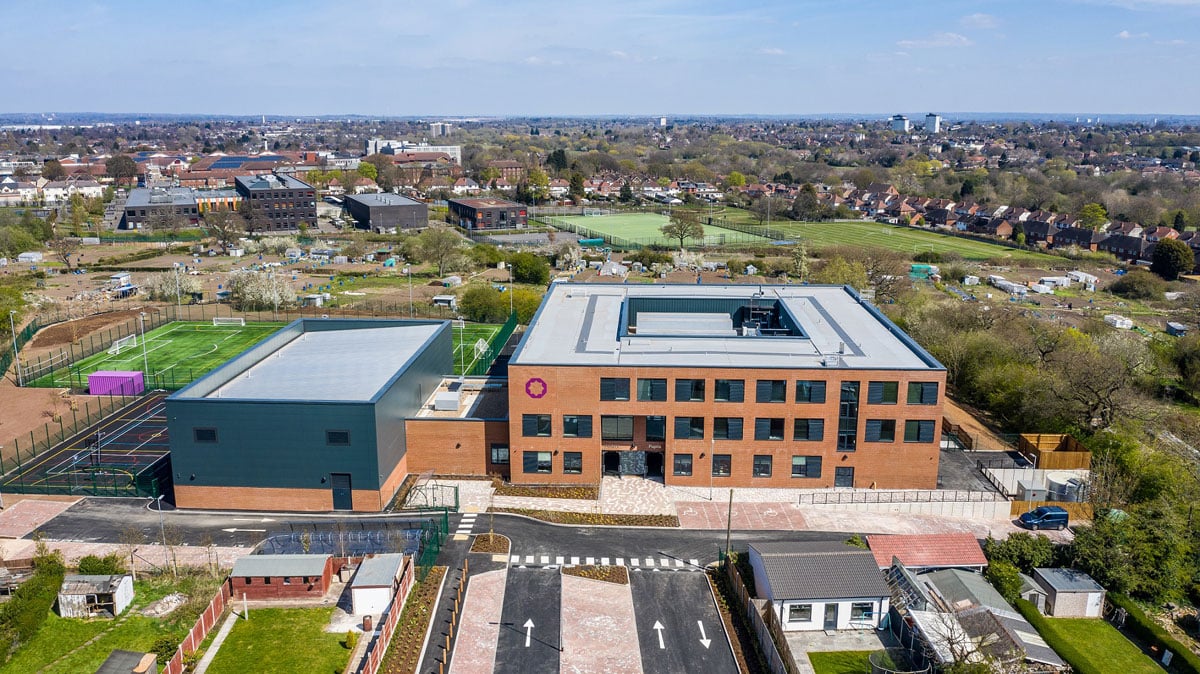 A new £18 million secondary school in Small Heath, Birmingham has been completed five weeks ahead of schedule for Birmingham City Council.  Construction of the new Eden Girls’ Leadership Academy was project managed on behalf of the council by multi-disciplinary consultancy, Acivico.

Acivico also provided cost management, clerk of works and CDM services for the project   which was procured through Constructing West Midlands – a best-practice procurement framework operated by Acivico in collaboration with Sandwell Council and Solihull Metropolitan Borough Council.

Construction works were completed by Morgan Sindall Construction, an approved contractor partner for Constructing West Midlands.  Morgan Sindall has worked with the framework for the last eight years during which time it has delivered 32 education schemes for Birmingham City Council worth a combined total of £173m.

Commissioned by Birmingham City Council to address high demand for student places, the new build project has created 600 additional school-places for the city.

The new school’s 48,000 square foot campus includes a three-storey main building which houses five specialist laboratories, three IT classrooms and 15 general teaching rooms.  It also includes a sports hall, sports and grass pitch, a ‘Learning Resource Centre’ and a car park with 40 spaces including three accessible spaces, one minibus parking space, seven drop-off/pick-up spaces and four electric vehicle spaces. Pupils and staff will also have access to a reflection hall for prayer and an ablutions room.

Chris Hall, Group Managing Director of Acivico, said: “Acivico is committed to transforming the communities in which we all live and work, and this project creates an amazing learning environment for our future generations.  This project further demonstrates our commitment to working in partnership with our clients, contractors and the community to become their partner of choice.

“Working in close partnership with the Constructing West Midlands’ team and contractor partner Morgan Sindall, our Senior Project Manager Sara Smith and her team have created a modern learning environment for the pupils and staff at Eden Girls’ Leadership Academy and a vital resource for the local community.”

Acivico employs 145 people and provides a range of design, building control, professional services and asset management services. The consultancy has been involved in the delivery of some of the most prestigious construction projects in the West Midlands region including Centenary Square, the redevelopment of Paradise Circus, HS2 and the 2022 Commonwealth Games.