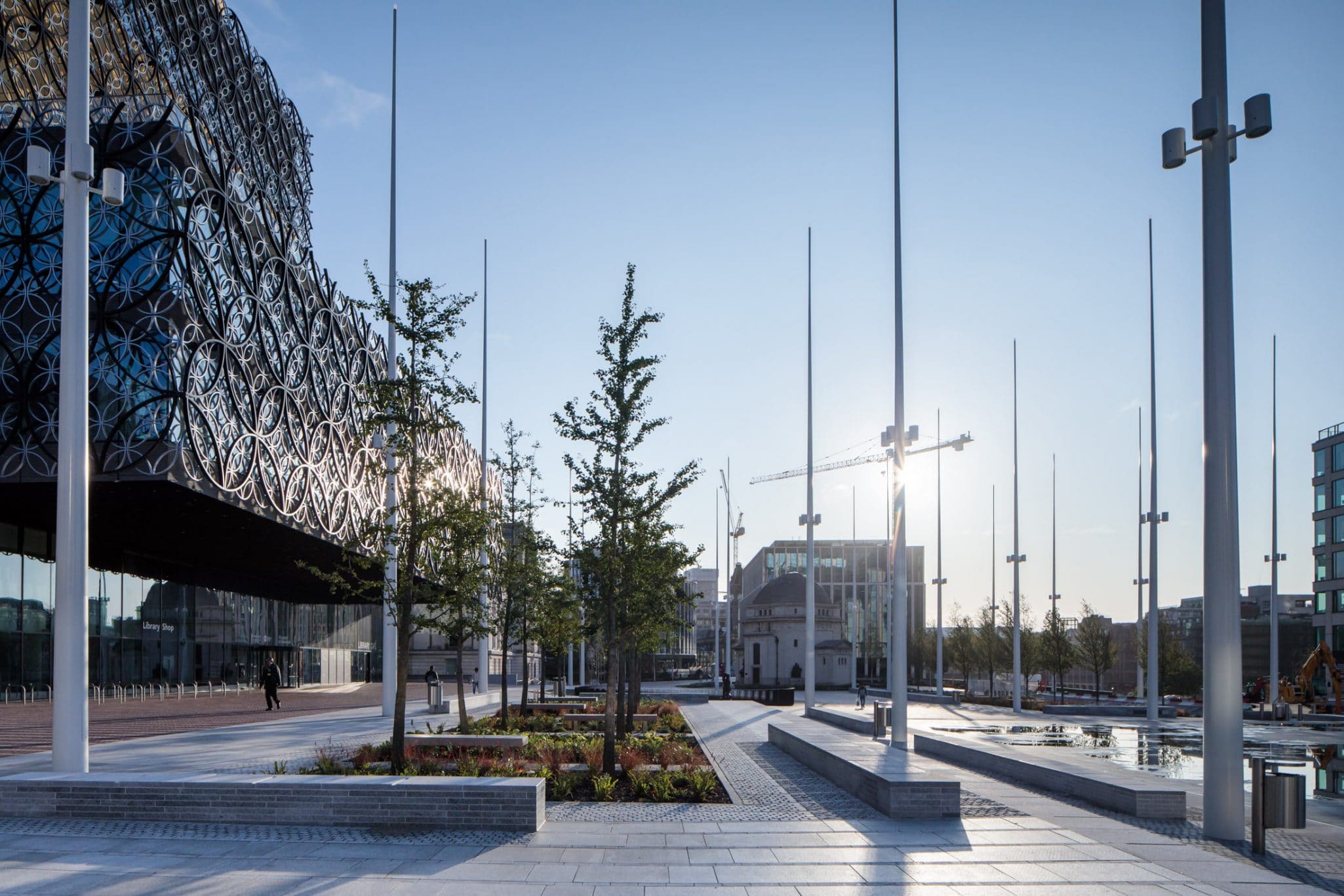 A stunning re-development of a public space in the heart of Birmingham city centre is due to be officially opened tomorrow (3rd July) during the Music for Youth National Festival.

The re-development of Centenary Square is a Birmingham City Council project and Acivico was the multi-disciplinary delivery team acting as project manager on behalf of the council. The work was undertaken by contractor, Bouygues UK.

Centenary Square has been transformed into an iconic space for city residents and tourists to enjoy. It features:

Various pieces of art and sculptures, which were removed during the re-development, have also been returned. These include the Industry and Genius sculpture, which was designed by David Patten to celebrate the work of the famous 18th century printer John Baskerville. Columns of Portland Stone feature reverse bronze letters spelling Virgil, the name of the Roman poet whose works were printed by Baskerville in 1757 in the well-used typeface bearing his name.

There’s also the A Real Birmingham Family sculpture, which takes pride of place in front of the Library of Birmingham. Created by prize-winning artist Gillian Wearing to illustrate the city’s cultural diversity, it depicts sisters Roma and Emma Jones with their sons Kyan and Shaye.

The official opening ceremony will be performed by the Lord Mayor of Birmingham, Councillor Mohammed Azim, and Councillor Brigid Jones, Deputy Leader of Birmingham City Council, and will involve music accompanying the newly installed water jets being turned on.

Chris Hall, interim Deputy CEO at Acivico, said he was very proud of the Acivico team involved with the project.

“This large-scale project has completely transformed the heart of Birmingham and created an iconic public space that the city can be proud of.

“It is remarkable to see what has been achieved here and we know this space will be enjoyed by residents and visitors to the city for many, many years to come.”

The official opening ceremony will take place at 11.30am on Wednesday.