Progress at Centenary Square development as another sculpture returns 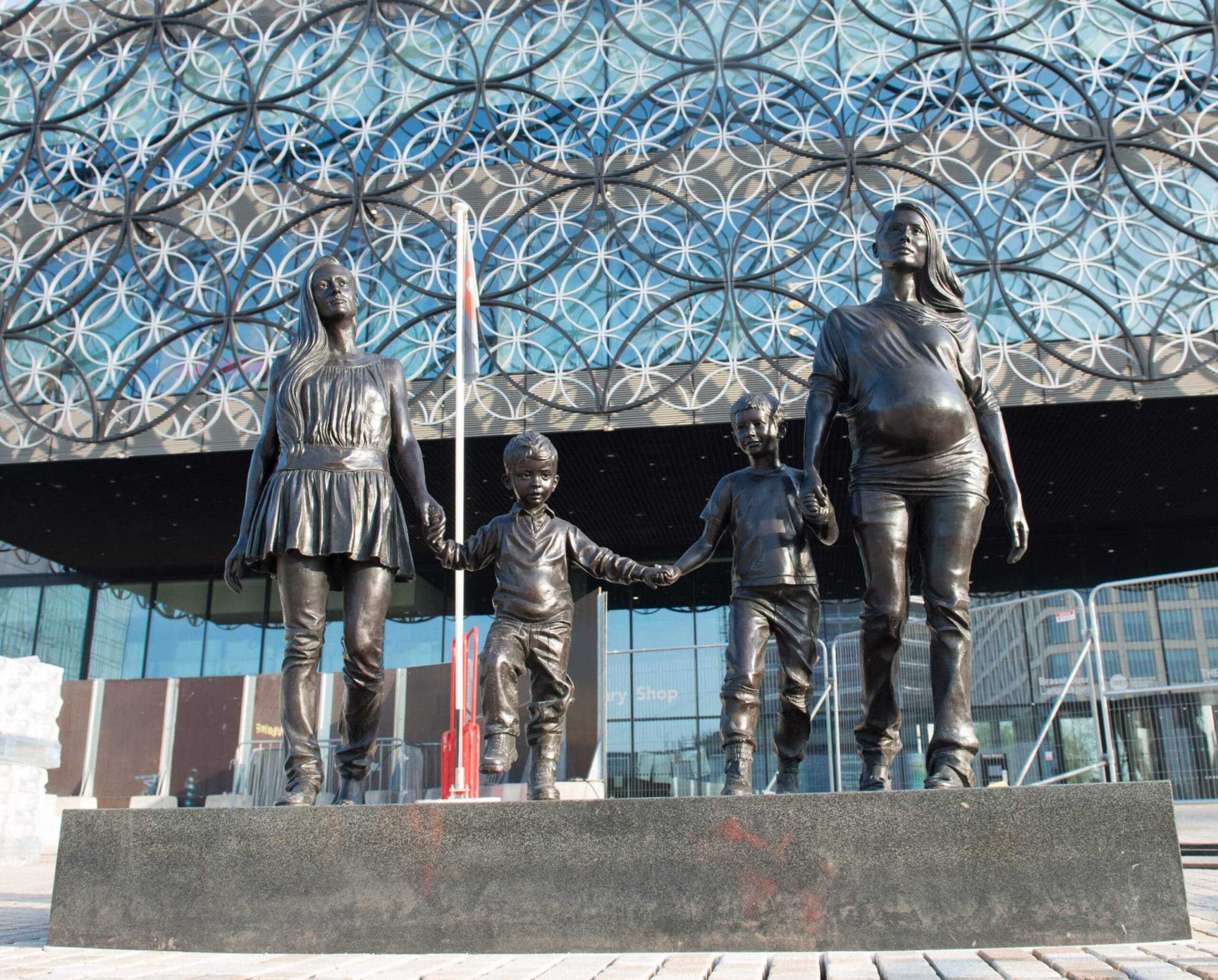 Work to redevelop Birmingham’s Centenary Square continues to make progress as the latest piece of public art returns to the venue.

Designed by Birmingham-born, Turner Prize winning artist Gillian Wearing, A Real Birmingham Family now takes pride of place in a new location near the entrance to the Library of Birmingham.

The Ikon Gallery commissioned the artwork as part of its bid to find a ‘real’ Birmingham family to illustrate Birmingham’s cultural diversity. The bronze sculpture, originally unveiled in October 2014, depicts sisters Roma and Emma Jones with their sons Kyan and Shaye.

It was removed in 2017 as part of the works and cared for by Birmingham Museums Trust. Its return follows the recent re-installation of the Industry & Genius sculpture, which was created to celebrate the work of the famous 18th century printer John Baskerville.

Over the coming months, and ahead of the square officially opening in the summer, further public works of art, including the golden Boulton, Murdoch and Watt statue, will return to the city centre site.

Once completed, Centenary Square will be a stunning public space in the heart of the city, featuring a 5cm-deep pool with water jets, which can be drained for events to take place. The entire square will be illuminated by 43 lighting columns.

The development of Centenary Square is a partnership between Birmingham City Council, Acivico, the delivery team acting as project manager on behalf of the council, and contractor Bouygues UK.