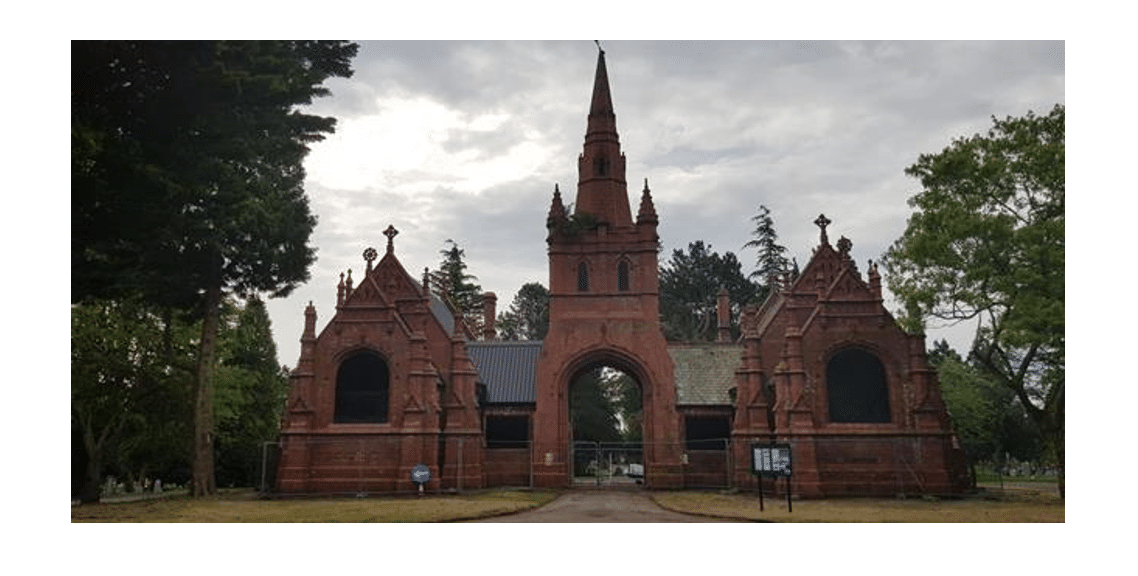 A Grade II listed Victorian chapel has been given a watertight future after being identified at risk of disrepair.

Brandwood End Chapel in Kings Heath, Birmingham, was named on a list of heritage buildings by the Victorian Society after years of neglect left it in poor condition. Structural engineers from Birmingham-based construction specialist Acivico were commissioned by site owners Birmingham City Council to carry out a programme of work and give the building a new lease of life.

The two semi-detached mortuary chapels officially opened in 1899 as part of the Brandwood End Cemetery, created to ease the pressure on burial sites in central Birmingham. A fire in the late 1990s left one of the chapels in ruins and work was instigated by BCC’s Bereavement Service to improve the site and re-roof it.

Acivico undertook the design, creation and installation of the new roof alongside other repairs made over recent years. As well as working on underground drainage to preserve the structure’s terracotta stonework, and repairing sections of the existing chapel walls, the team also carried out annual removal of foliage across the entire building to preserve its structural integrity.

Andy King, principal building surveyor at Acivico, Steve Hollingworth, assistant director of Birmingham City Council, and representatives from Solihull Roofing and Building who carried out the roof installation recently met with members of the Friends of Brandwood End to mark the end of this phase of work. The Friends, a charitable organisation set up 14 years ago, works to preserve and promote the facility and its surrounds.

Mr King from Acivico said it is very rewarding for all concerned to see the building being preserved.

“The Facilities Management Team at Acivico has a wealth of expertise in caring for and renovating older buildings. We were approached by Birmingham City Council’s Bereavement Services and as part of a long-term project we have just completed the installation of a new roof.

“It is great news for everyone concerned that this building has been shored up against further disrepair and neglect for many more years to come,” he added.

Steve Hollingworth from BCC said: “I am very pleased that we have been able to carry out this work to help preserve the building’s long term future. This has come about through the commitment of officers in the Council’s Bereavement Services working collaboratively with the Friends of Brandwood End, and is the start of a longer term project.”

Julia Griffin, chairman of The Friends of Brandwood End, said: “The Friends are overjoyed at the recent roof installation and other repair work that has been undertaken to slow the deterioration of the building. We have received many supporting messages from excited local people, everyone’s ultimate aim is to find a sustainable use for the building that is agreeable to all parties.”